Helping your employees to choose the right language 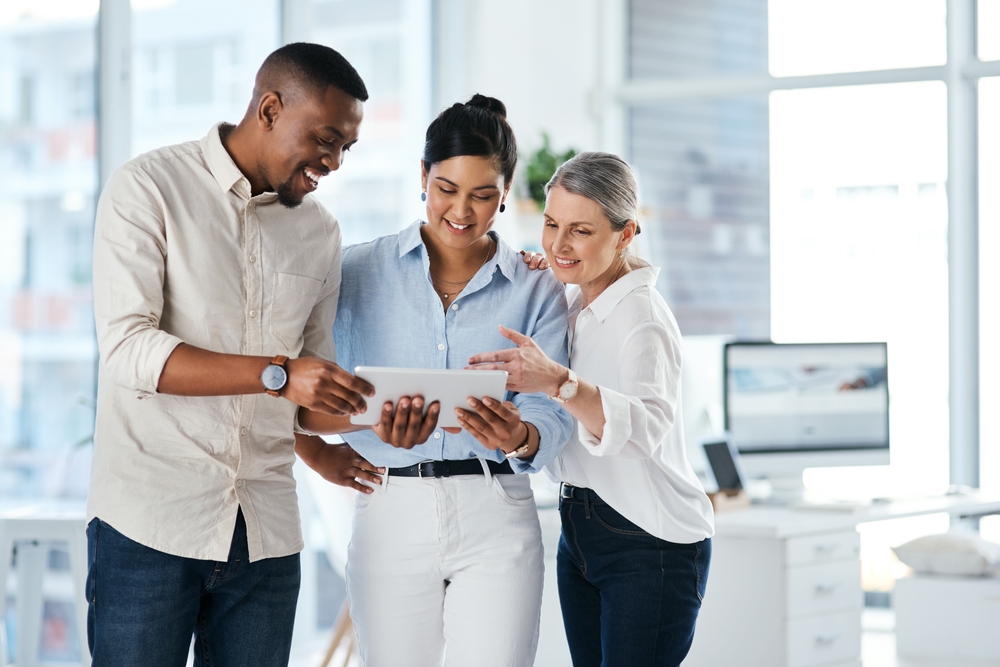 For working professionals, knowing more than one language isn’t just culturally enriching. It’s a highly sought after skill and one that provides opportunities for both personal and professional growth. Many companies offer language training as an employee benefit and a way to fuel cultural engagement. Others are specifically looking to improve collaboration through culturally diverse teams, better serve multilingual customers or provide support for global mobility.

So as a leader in a company that prioritizes language learning as a skill, how can you help your employees to choose the right language, and in doing so maximize their professional development development alongside the impact across your organization?

In many cases the choice of an employee’s target language is determined by company objectives and corporate communication gaps. For an organization with employees and customers spread across multiple regions, collaboration can be hindered by language barriers. Oftentimes a language audit can reveal the shortcomings here, and help to inform the choice of language for each individual employee. Consider how to leverage language learning, so that every employee has the confidence and language ability to contribute and respond fully to customer needs.

Rosetta Stone for Enterprise offers multi-level training in 24 languages, providing the scope and flexibility to respond to training needs as they arise.

There’s no disputing that English is the most common lingua franca for global business professionals and consumers. If you add together native and non-native usage, it offers more extensive global coverage than any other language. Companies looking to build more homogenous global teams often look to English language training as the best solution to their communication needs.

However, we’re often mistaken for thinking of English as a one-size-fits-all solution for global communication. Interestingly, when it’s used in this way native English speakers frequently struggle most to make themselves understood. This is because (largely speaking) they’re unaccustomed to moderating their vocabulary for a non-native audience. Language learning not only increases our awareness of idiomatic expressions and homophones that might cause confusion for others, but also adds another more powerful communication tool to our belt. It opens doors to multiple business opportunities and extended professional networks. So for those who have mastered English, learning another language is equally beneficial. The question remains though—which one?

Choosing a language to match your workplace needs

As a leader involved in this decision making process for other employees, it’s important to select a target language that will best match both immediate workplace requirements and long-term professional goals for each employee. Rosetta Stone for Enterprise offers multi-level courses in 24 languages, with content that specifically caters to a wide range of communication needs and industries.

When there are no obvious communication gaps, the choice of language can be more challenging. To help your English speaking employees select a second language that will maximize their professional trajectory, consider using this guidance on 7 of the best languages to learn for work, based on their global coverage, business relevance, and ease of learning for native speakers of English.

*This reflects the nominal GDP ranking of the highest-producing country that uses the language as an official or de facto language.

†This is based on reaching a level of proficiency that enables you to perform your work in the language. Most learners will feel comfortable with conversational speech sooner than this time period suggests.

China’s economy is on the up and up. Following the country’s economic reforms of 1978, it’s seen financial growth almost every year. It now boasts the largest middle class and represents the world’s second greatest economy.

Learning Mandarin is not an easy feat for English speakers, but is certainly worth the investment of time and effort. Facebook CEO Mark Zuckerberg has frequently impressed crowds by delivering presentations in Mandarin. His efforts are gratefully received by local audiences, in part because it’s so rare to witness such fluency in non-native speakers.

Although English continues to be the most prominent language in the world, Mandarin could give it a run for its money in years to come. Aside from China, it’s spoken in Singapore and Taiwan, both important business centers, with Taiwan representing the primary global producer of microchips.

Spain is the sixth biggest economy in Europe, with thriving industries such as tourism, automotive, and renewable energy. That alone is a good reason to learn the language, but for U.S. nationals, a working knowledge of Spanish unlocks communication both domestically with Spanish-speaking customers and coworkers, and with almost every nation south of the U.S. border. Latin America houses some of the largest agricultural and raw material industries in the world. Since the Spanish-speaking population of the U.S. is projected to grow over time, the language is an obvious choice for those who do business on American soil.

Like Mandarin, Arabic is a hard language to learn for most English speakers, but can open lots of doors for those who stick with it and become proficient. .

Most Middle Eastern countries use Arabic as their official language. Nations in the region such as Qatar, Saudi Arabia, and the United Arab Emirates have particularly booming economies and are responsible for a huge portion of the world’s oil and gas exports. They’ve also made advances toward diversifying their industries.

In addition, Arabic is spoken in many North African nations, where countries like Egypt and Algeria are also big players in the energy sector.

German is a major European language, spoken not just in Germany, but in neighboring Switzerland, Austria, and Belgium. Germany alone has the largest economy in Europe and the fourth largest worldwide. It’s a major business hub, renowned for its engineering feats and numerous exports including vehicles, pharmaceuticals, machinery, and electronics. In addition to its trades, Germany is the third most prolific contributor in the field of scientific research.

The accent can be a little tricky, but most native English speakers find German to be one of the easiest second languages to learn because the two languages share a lot of common roots.

Fondly known by many as the language of love, French is also incredibly useful for business. Aside from France, it’s the official language of Belgium and Switzerland, and is also spoken in 21 African nations. One of those is Morocco, which has Africa’s fastest-growing economy.

For U.S. learners, the most obvious use of French is in Canada, where it sits alongside English as an official language. One of Canada’s provinces, Quebec, uses French as its primary language, so Canadian employers are almost always interested in candidates with French skills.

For business learners attracted to Portuguese as a second language option, it’s less commonly Portugal that entices them, and more often the potential to develop business networks in Brazil. Thanks to a diverse set of industries including agriculture, mining, petroleum, finance, and manufacturing, Brazil has the largest economy in South America. Additionally, Portuguese is useful in certain western and southern African countries including Mozambique, Angola, and Cape Verde.

Portuguese is one of the easier languages for English speakers to learn, and for those who already have some knowledge of Spanish, it’s even more straightforward. Although the two languages differ substantially in terms of pronunciation, written Portuguese looks very familiar to a Spanish speaker.

Japanese stands out on this list because unlike the others mentioned, it’s almost exclusively spoken in its home nation. The only other country that lists Japanese as an official language is Palau, a Pacific island nation with a population of less than 20,000 people.

Nonetheless, Japan has a booming economy and much like Germany, and is a huge center for international business and trade. Its major exports similarly include vehicles and electronics, and it likewise houses major pharmaceutical and biotechnology companies. The other thing that makes Japanese an attractive language is that Japan has a rapidly aging population. As the country’s older generations drop out of the workforce, they leave significant opportunities for young professionals in their wake.

Providing language training for your employees

Rosetta Stone for Enterprise is the most efficient way to build effective multilingual teams. With content that appeals to professionals in multiple industries and roles, and a combination of online access with live tutoring in 24 languages, it caters to the language choice and objectives of employees across every area of your organization. Building language proficiency in your business holds multiple benefits for your employees and is a great way to boost the ongoing performance of your business.

Connect with us to find out more about the opportunities that language training could provide for your organization.

For corporate language learners, Live Tutoring is the catalyst for spoken fluency

How language training protects your business from recession

Get started with corporate language training

The best language training for manufacturing and automotive...

How language training protects your business from recession

For corporate language learners, Live Tutoring is the...

Maximize the ROI and impact of your language...

How to become fluent in a language for...

A division of IXL Learning

Why You Should Add Language Training to...